The course will provide an introduction to the special theory of relativity and quantum mechanics, with emphasis of their applications to atomic, molecular and solid state physics. The course is calculus based and writing intensive; it relies heavily on problem solving and technical writing.

Visual depiction of where the $x'$ equation comes from: 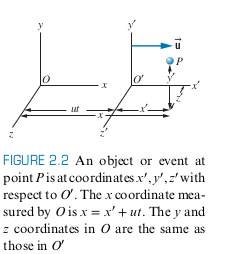 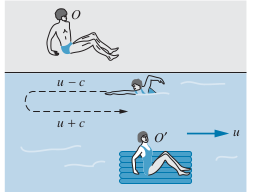 Calculating Time to go Upstream and then Downstream

We want the swimmer to swim directly across the river bank in a straight line, perpendicular from the river bank, according to observer $O$ 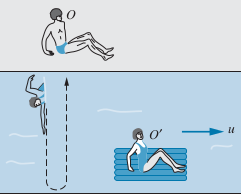 Imagine Twin1 is on earth and Twin2 departs on a spaceship. From Twin1’s perspective, Twin2 is moving away with velocity $v$, and thus will be younger than Twin1. But from Twin1’s persepctive, Twin2 is moving away velocity $v$, so Twin1 should be yonger than Twin2. This appears to be a paradox since when Twin2 arrives back on earth, only one can be younger than the other. But in reality, Twin2 is the one accelerating/deaccelerating, and all reference frames agree Twin2 is the one doing the accelerating. Thus, Twin2 will be the one to experience the relativistic effects and be younger. 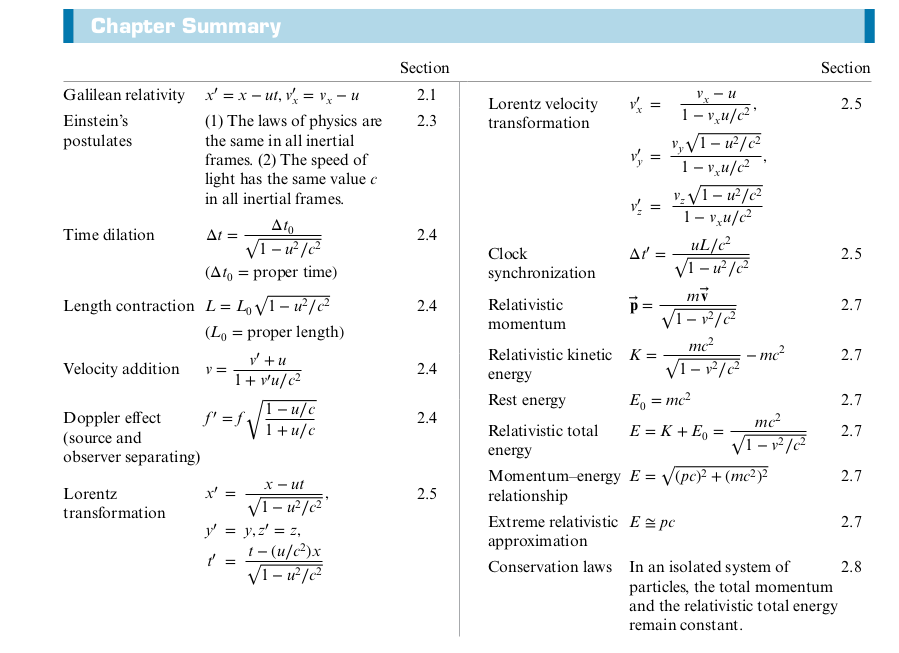 X Ray Diffraction needs light on the order of $0.1$ nm in wavelength to have useful $\theta$ 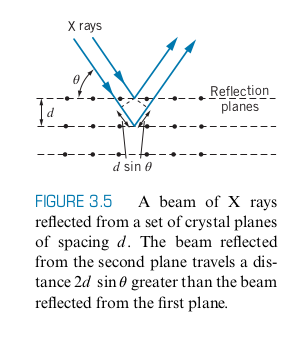 Quantum Theory of the Photoelectric Effect

When an electron is accelerated by a potential difference $\Delta V$
$$ K_e = e\Delta V$$
An electron can hit a target and slow down, and in doing so, release the energy as bremsstrahlung (braking radiation)

4: The Wavelike Properties of Particles

By this point in time, scientists knew that light had wavelike properties and had the wave-particle duality. But it was unclear whether this was only for light or whether matter could exhibit wavelike phenomena.

They knew $E = hf$ for light, but is this due to the Kinetic Energy, total energy, or relativistic energy (all the same for light)?

6: The Rutherford-Bohr Model of the Atom

The Filament, $F$, is heated and emits electrons. There is a voltage $V$ between $C$ and $G$, that accelerates the electrons towards the grid, $G$. In the tube is a gas such as mercury. There is a retarding voltage $V_0$ that only allows the electrons to reach $P$ if $V > V_0$. The ammeter measures the current from electrons reaching $P$. 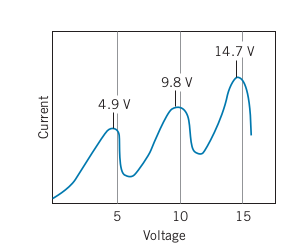 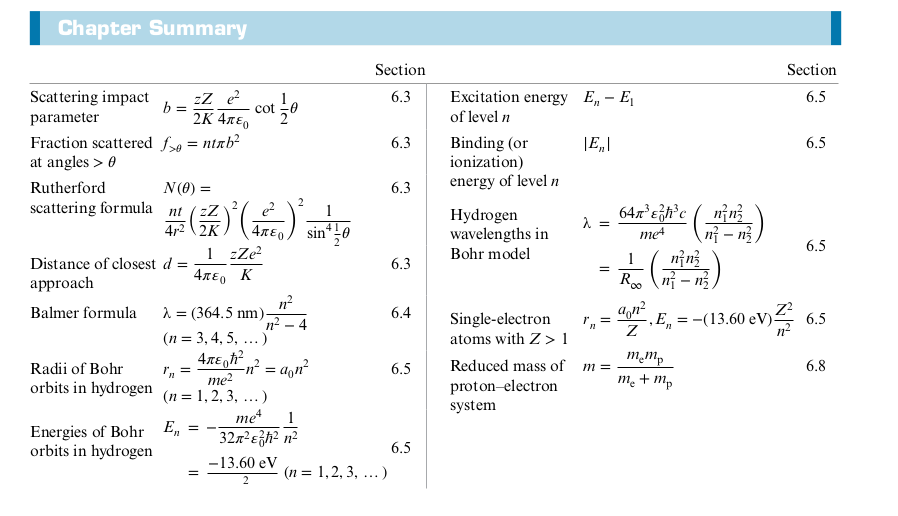 Schrödinger Equation describes the electron (or any other quantum state) as a wave. Using the wave function, we can find the average momentum, average position, and the probability of finding the particle in certain positions. 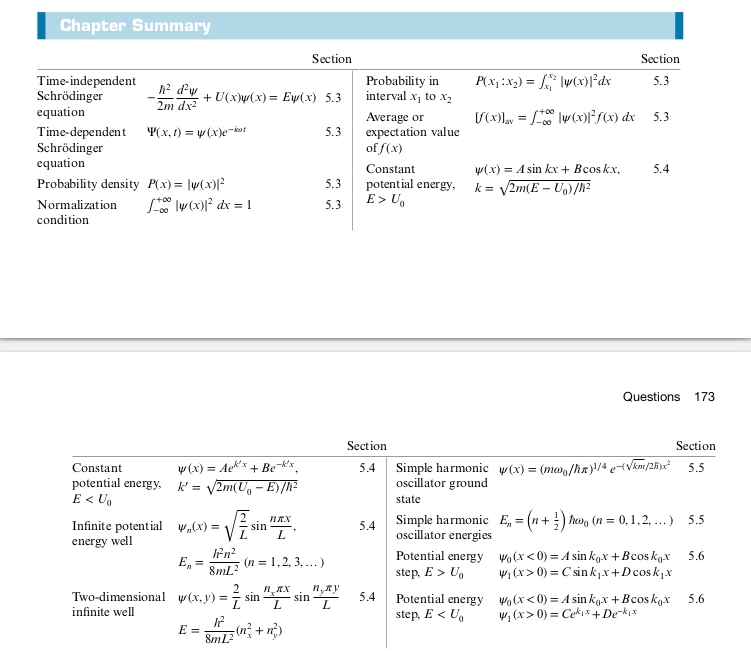 7. The Hydrogen Atom In Wave Mechanics 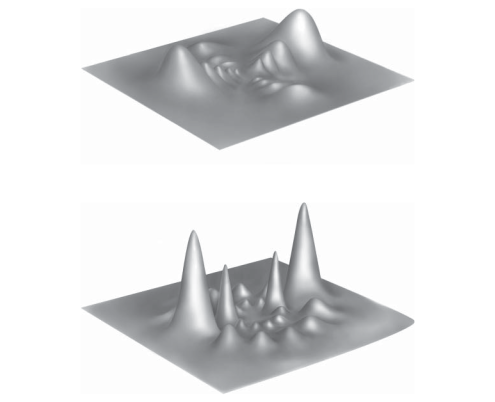 Above shows the probability of finding an electron in $n=8$ with angular momentum $l=2$ (top) and $l=6$ (bottom) in the xz plane, with the height of the peaks corresponding to the probability.

where $a_0$ is the Bohr radius

Angular Momentum in the Hydrogen Atom

Graphical Representation of the uncertainty for angular momentum 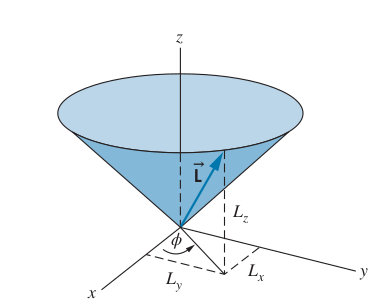 Since the hydrogen wave function is 3D, we have 3 quantum numbers:

An orbiting electron creates a magnetic dipole moment in an external magnetic field, which allow counting $l$ and observing a component of $\vec{L}$

When an electron loses energy and goes to a lower state, the selection rule shows the most probable transitions, obtained by solving Schrödinger’s equation and computing transition probabilities
$$ \Delta l = \pm 1$$ 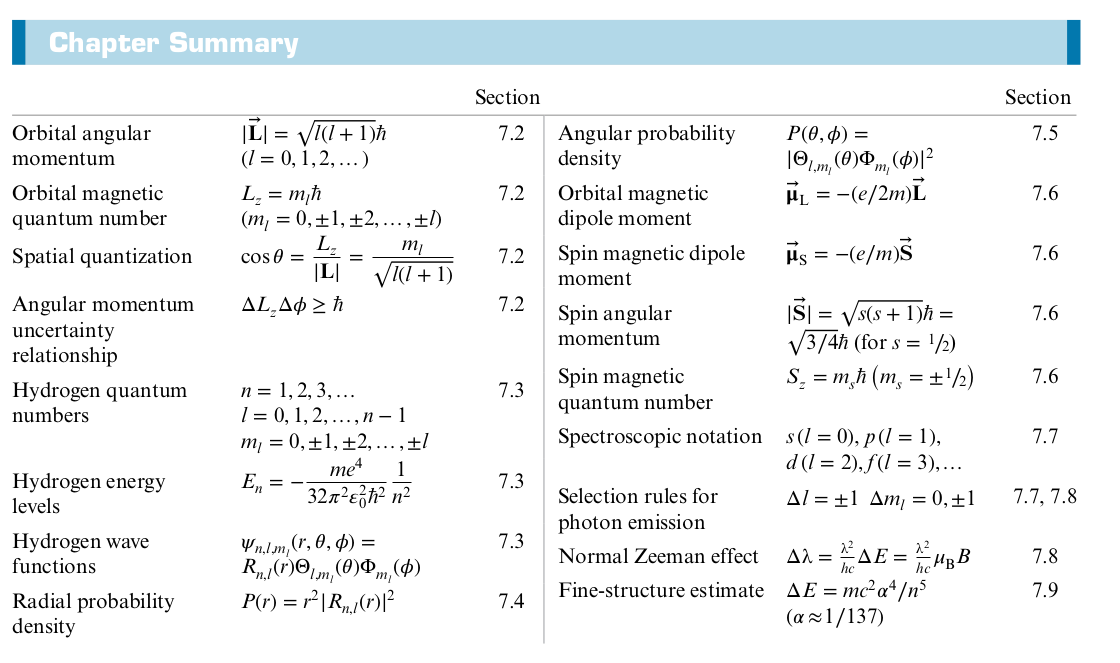 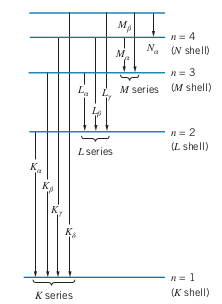 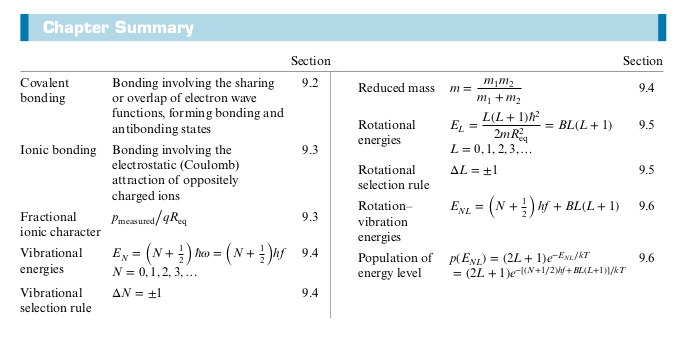 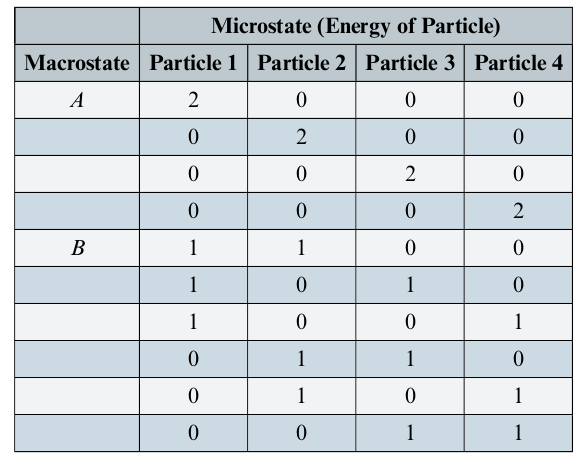 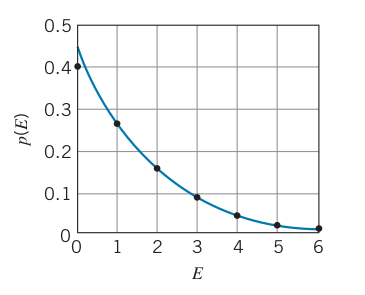 The Density of States

Density of States of Gas of Particles (Electrons or Molecules)

Density of States in a Gas of Photons

$$ \vec{j} = \sigma \vec{E}$$
where $j$ is the current density, the current per unit cross-sectional area, $E$ is the electric field applied to the metal, and $\sigma$ is the conductivity of the metal 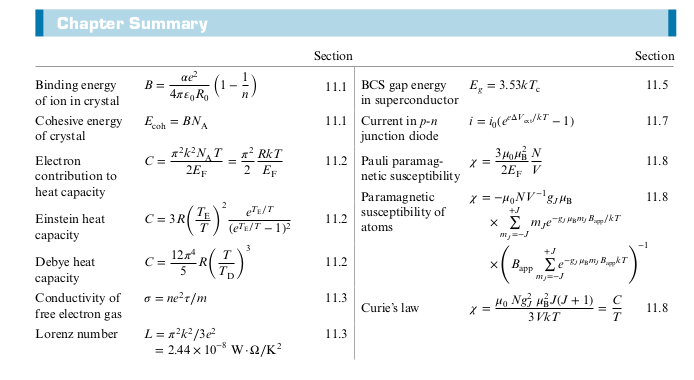 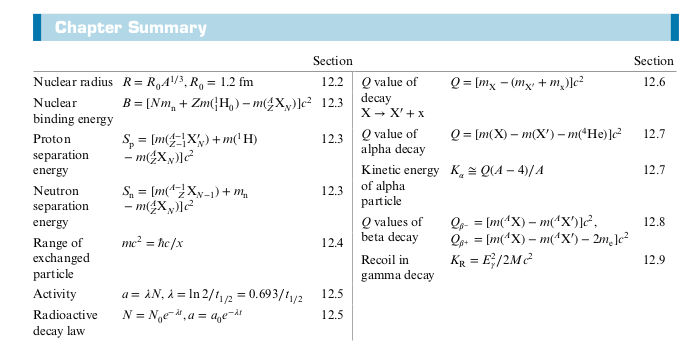